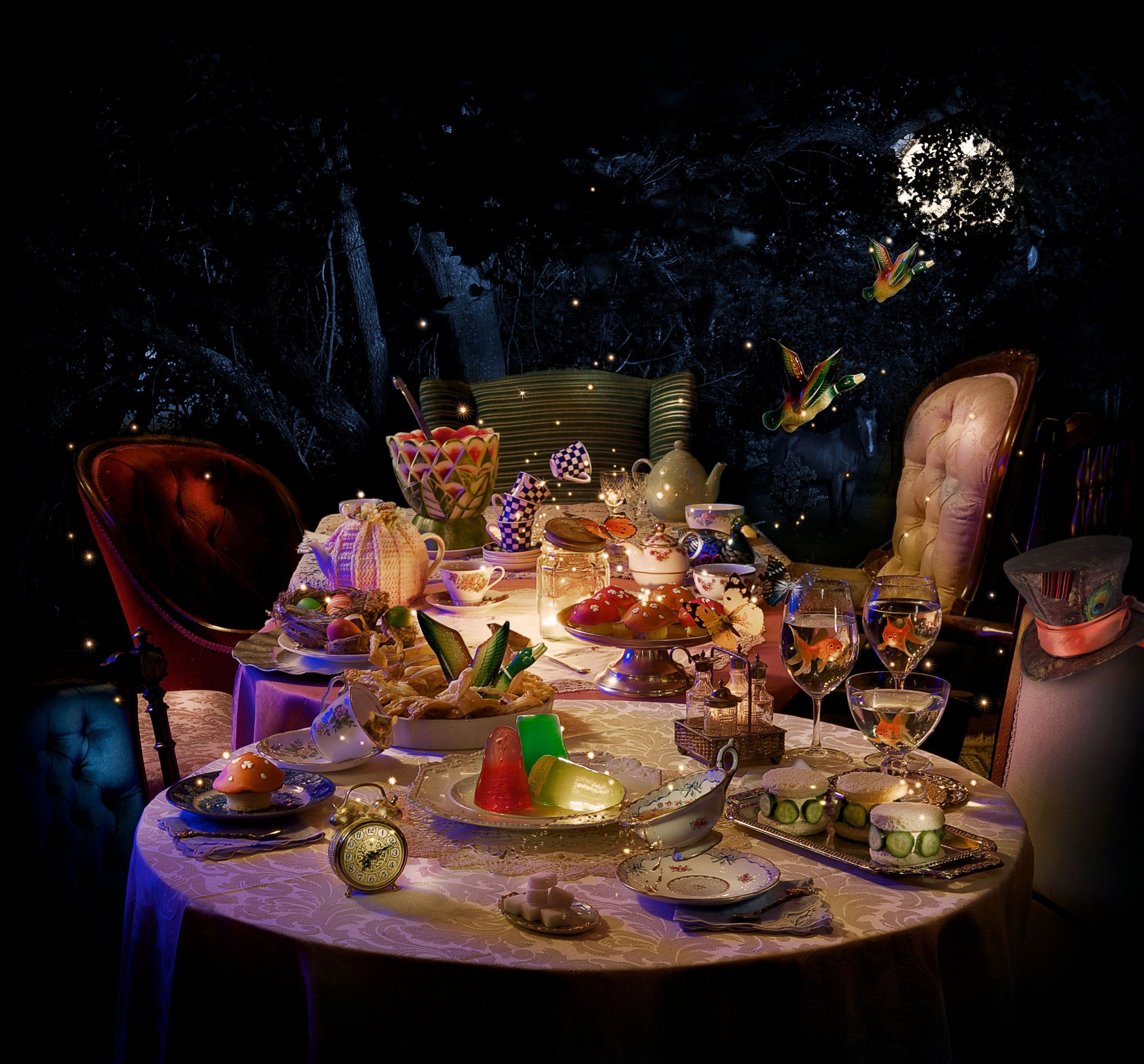 As a child I had a very vivid imagination, so much so the teacher called my parents in to discuss the crocodile that apparently ‘lived in my swimming pool’…

Nowadays, the things I dream up I want to be able to make a reality.  Not of course the crocodile in my swimming pool but the stuff my imagination is now inspired by.
One of my favorite things to do is try different tea’s while diving down that rabbit hole, so while musing over a peach tea I had just acquired,  I dreamed up my version of the Mad Hatters tea party.

With the help of my amazing food stylist, Jaime Reyes, and after a very long pre-production phase, which involved countless phone calls, borrowing props, rummaging through second hand stores and antique stores and what seemed like endless shopping, the day had finally arrived to put it all together.

Jaime appeared early in the morning arms ladened with masses of amounts of food, props and cooking equipment,  just short of the kitchen sink.  The weather however decided to conspire against us.  So what was going to be a shoot in the tree lined green belt near my home, ended up being on my back deck, much to Jaime’s relief, as I think the logistics of him prepping and setting the table so far from the kitchen would make things quite challenging.   After my two trips to the antique store on the opposite side of Brisbane and signing my life away on very large deposits for very expensive antiques, all the furniture and props were in the 4wd and on their way to my back deck in the pouring rain.

The preparation lasted all day, and by night fall we were almost ready to shoot.  The table now set, the lighting in place and the rain easing to a quieter patter, I started the long exposures.  With the combination of flash, tungsten lighting, including hundreds of tiny fairy lights and my light brush, each exposure took up to 5 minutes,  where I very carefully and in total darkness made my way around the table and brushed light into every object I wanted, and created the glows that the firefly’s would leave on the objects around them,  like painting but with light.

I brought the forest to the deck with a little help from photoshop and the journey from my imagination to a reality was now complete.